We understand that being apart from loved ones can be a very stressful time.
You don’t want partner visas or family visas interrupting precious time.
Rothstein Lawyers has the skills and experience to assist in the entire process from beginning to end
to reunite families in Australia and overseas. Talk to us about your family and partner visa needs.

We provide guidance and information on the most suitable visa options available for Family Migration and Partner Visas to Australia to obtain the following visas:

From 19 November 2016 the definition of member of the family unit changed significantly to exclude children over the age of 23 years to be added to visa applications, unless they suffer from a disability. As a result of this change, applicants who apply for a Partner or Prospective Marriage visa offshore cannot include any children over the age of 23 who are not disabled.

However, applicants who lodge a Partner visa (Subclass 820/801) onshore can include children over the age of 23, if it can be shown that the child is still dependent upon the parent and is not engaged to be married nor has a spouse or de facto partner. To illustrate dependency, the child must show that:

(a) they have been a dependent under this parent for a substantial period of time (at least 12 months or more).

(b) they are either partly or substantially reliant on their parent(s) for financial support in terms of providing basic needs for food, clothing and shelter.

(c) the reliance is greater than any other reliance provided by any other person or source of support.

The establishment of dependency is considered on a case by case basis.

Significant changes to the definition of "Member of the Family Unit

From 19 November 2016 the definition of “Member of the Family Unit” in the Migration Regulations will change.

Currently, visa applicants are able to include dependent children of any age and relatives in their visa application.

From 19 November 2016 the definition of Member of the Family unit will become significantly more restricted. The only family members that an applicant will be able to include in his/her visa application are:

(a) a spouse or de facto partner;

(b) dependent children younger than 23 years;

(c) dependent children (of any age) who are incapacitated for work; and

Dependent children aged over 23 years can no longer be included unless they are incapacitated for work.

Other family members such as parents, nieces/nephews, grandparents and aunts/uncles can no longer be included as Members of the Family Unit.

Another exception is if the main applicant is applying for a Protection or Humanitarian visa.

If you are considering applying for a visa and including secondary applicants (who are not a spouse/de facto partner or child under 23 years) we recommend seeking urgent advice.

The new changes come into operation on 18 November 2016.

From the above date the sponsor of a temporary partner visa will be asked to provide a police check on one or more occasions. If not provided, sponsorship will not be approved.

“Relevant offences” include violence including (without limitation), harassment, breach of violence restraining order, possession of dangerous weapons, people smuggling/trafficking and aiding and abetting such offences.

Sentences served concurrently will be added to each other for purposes of calculating the 12 month limitation.

If pardoned or set aside the sponsor will be taken to never had been convicted of the offence in question.

Onshore Partner visa applicants who do not hold a substantive (i.e. they are unlawful or hold a Bridging visa) must satisfy  additional requirements to be eligible. These requirements are called the Schedule 3 Criteria.

Since 1 July 2014, the departmental policy no longer provides specific examples of “compelling reasons”. Instead the  department now provides examples of circumstances where it would not be  appropriate to waive Schedule 3. For example,  policy now states:

“An example of where the circumstances may not be compelling to waive the Schedule 3 requirements may be where an  applicant has remained unlawful for a number of years, made little or no effort to regularise their status and claims  compelling circumstances on the basis of a long-term relationship with their sponsoring partner and/or hardship caused by  separation if they were to apply outside Australia for the visa.”

“Policy intends that the waiver provision should not be applied where it is reasonable to expect the applicant to leave  Australia and apply outside Australia for a partner visa.”

Onshore partner visa applicants who do not hold a substantive visa at the time of applying for the visa may find this to be a complex aspect that needs to be overcome. Professional advice is recommended.

This is a significant decision. Substantially more applicants may be eligible for Onshore Partner visas if compelling reasons to grant the visa develop during the processing of the application (Currently approximately 12 months).

If you have applied for an Onshore Partner visa and are required to provide evidence of compelling reasons as to why you should be granted a Partner visa, please contact us.

In the decision of Minister for Immigration and Border Protection v Angkawijaya [2016] FCAFC 5 (29 January 2016), the full court of the Federal Court of Australia (“the Court”) found that romantic love and affection are not mandatory requirements that must exist between a couple in order for the couple to be in a genuine relationship.

The Court found that a couple may have a commitment to each other to a shared life together as partners in absence of emotional or romantic love.

The Court held that the Administrative Appeals Tribunal had erred by finding that a couple could not have a genuine mutual commitment to a shared life together unless “romantic love” was present. The Court held this is not reflected in the Migration Act or Migration Regulations.

However, this does not mean that a “carer” relationship in exchange for financial or material support will necessarily be regarded as a genuine partner relationship.

There is no hard and fast rule. Each case will turn on its own facts. 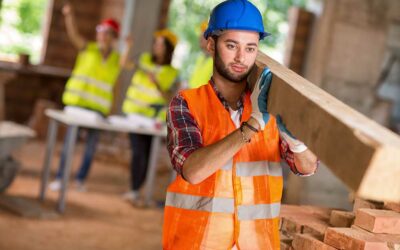 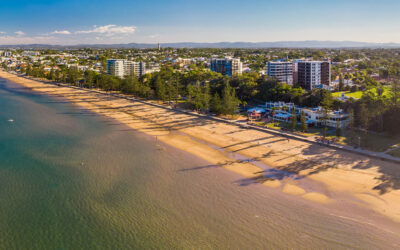